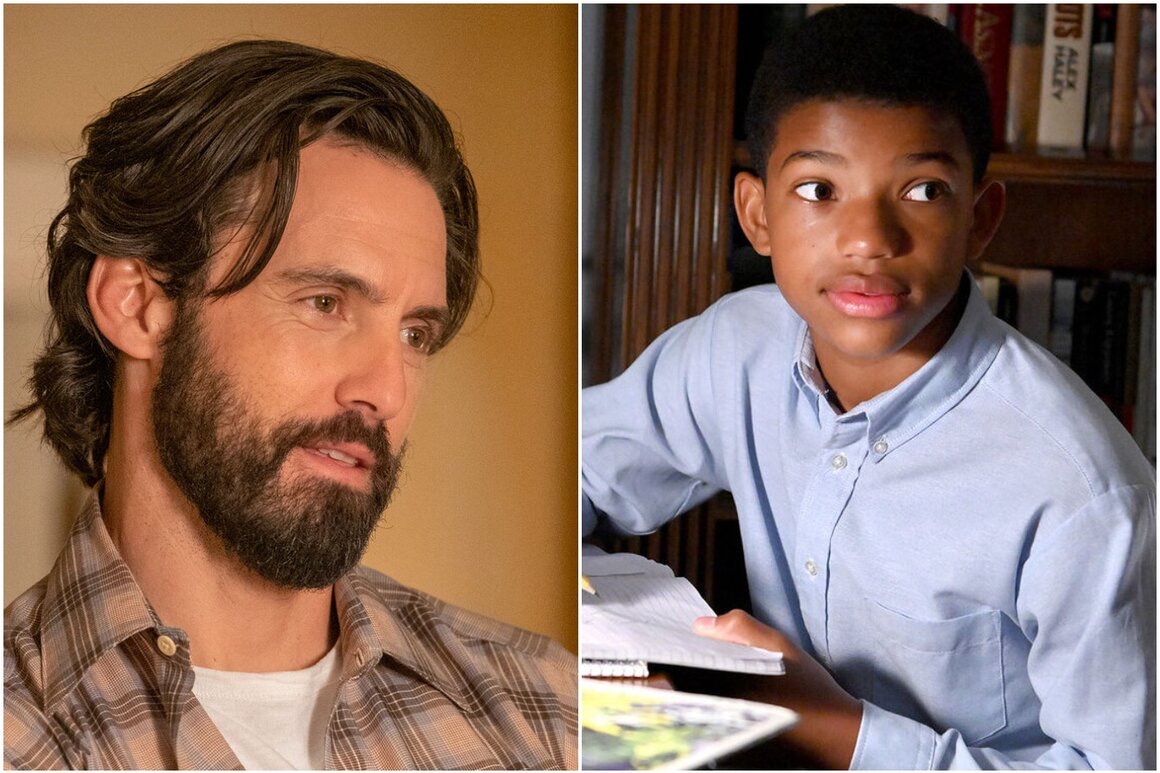 Traits of Great fathers from This is US 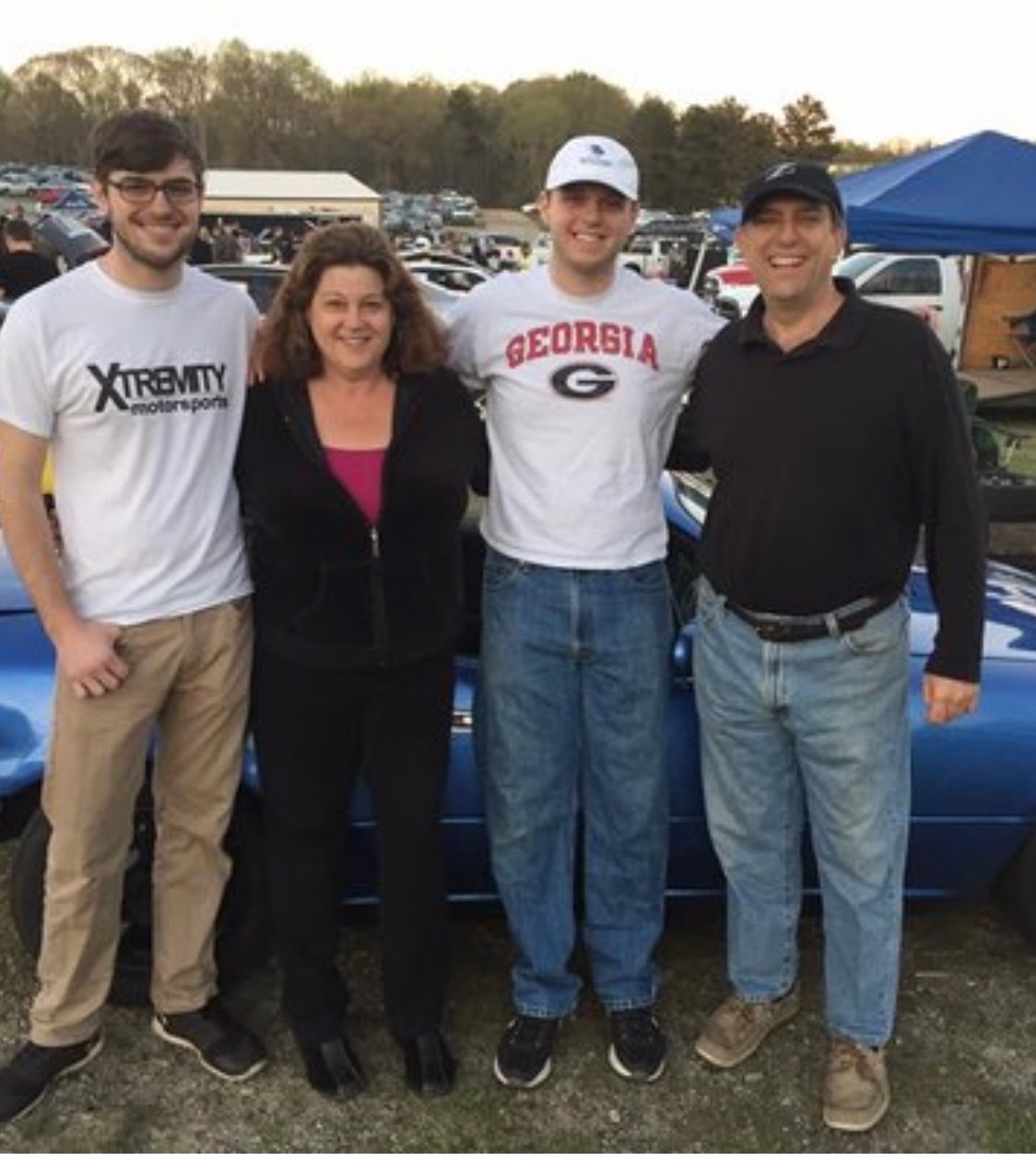 The TV series, ‘This Is Us’ highlights the struggles and demands that fathers experience. These four dads have different personalities and different approaches to parenting, yet they all focus on trying to be great dads. They want to connect with their kids and are concerned about getting fatherhood right.

There are so many amazing father/son scenes on the show.  One of the BEST scenes was from the Father/Son initiation show.  The instructor asked Jack said, “As Randall’s father you are his foundation.  Jack, your back was built to carry your son through life.   Are you willing to hold him up no matter what?” Jack says yes and does pushups with Randall on his back.  Jack goes up and above by doing more push-ups, despite being in pain. He proved his point that he would do whatever it took.

These four fathers on ’This Is Us’ set great examples of what imperfectly perfect fathers look like. They are men who wrestle with their pasts and deal with their own imperfections. Along the journey of fatherhood, they fiercely care for their families. Here are a few things that the ‘This is US’ fathers taught us about great fathering.

Jack is a father who travels along the hero’s journey and ultimately is memorialized as a hero in his family.  Like every hero, they have to battle others and themselves.  Jack battles his abusive father and protects his own Mom.

Jack becomes a father with the news that his wife Rebecca, is going to have triplets.  During childbirth Rebecca loses one baby and they adopt a black child that was left at the hospital. Jack is incredibly positive and hard working through it all. He overcomes alcoholism and does everything he can to try to be a better dad. He shows the children what a loving and devoted father looks like. He adores Rebecca and shows her respect and passion.  The children see parents who really care about each other. As a father he is a teacher who spends a lot of time with his kiddos and teaches them many things from how to swim and the boys how to shave.  He takes the children to their first movie and has countless fun moments in their cabin.

When Jack goes into their burning home and comes out alive and then dies shortly thereafter the family forever memorializes him as a hero. Indeed, he sacrificed his life for his family.

Randall is the father of three girls, two biological daughters and one girl he and his wife Beth took in at 12 years old.  Randall is on a journey to discover his own identity and to find his place in the world.  His journey is fraught with his own feelings of inadequacy and where he fits in as a black man in a white family. As a father, Randall works hard and is dependable. He overcomes his own anxieties and is a compassionate man who oftentimes expresses his emotions and cries openly. A turning point in Randall’s fatherhood journey is when he finds and cares for his own dad, William who had terminal cancer.

Randall loves fiercely and has a tender heart.  Whether it’s with his wife Beth, his biological children, adopted daughter Deja or his newfound Dad.   Randall shows us how to pour our heart into others even though the pain of letting go is huge.  He is a compassionate leader and mentor who cares deeply for people in his community as well.

Randall and Beth are a remarkable husband and wife duo who work hard to love well. They are uniquely themselves and together, even better. Randall shows great respect for Beth and their three children. The thing about Randall is that he always tries his best and even when he gets it wrong, he apologizes and tries to make things better.

Toby is the quirky, thoughtful, deep, manipulative, and creative Dad. He’s like a big teddy bear kind of guy who has issues.  In his quest to take better care of himself, he meets Kate in a dieting support group. He makes funny faces at her. Whilst dating he charms Kate with his quirkiness, thoughtfulness, and sense of humor.

Toby has mental illness and battles depression and a heart condition.  He goes to therapy and is the guy with a dark past who acts up to lighten up life.  He works hard to heal.

Toby cares deeply about his children and wants them to have everything they need. So much so that he accepts a job across the county and jeopardizes his relationship.  He cares for his blind son by trying to let him do what other kids do and is a hands-on Dad who likes to read and play with his children.

When Toby decides that he is going to fully become a better version of himself, get a career job and gets physically fit, it ultimately costs him his marriage. He changed so much and ultimately, he and Kate get divorced. As a Dad he is there for his kiddos and is committed to being a great parents.  He is an active Dad in his children’s lives and is there in the good times and tough times.

In his younger years Kevin is the selfish jock type.  He has less emotional depth and is more concerned about himself and reaching his own goals.  As a young adult, Kevin battles his addiction to drugs and alcohol.  He spends many years getting clean and sober. Kevin is a dreamer and he works hard to make his dream of becoming a successful actor come true. His selfishness and success at any price attitude costs him his first marriage.  He is an example of a man who puts his career above his family and the ups and downs of trying to find his own way.

As a Father, Kevin decides he’s going to become a better man and do whatever it takes to be a good Father.

When Kevin's fiancée Madison goes into labor in L.A. while he is shooting a movie in Vancouver, he spends the episode scrambling to get back home in time for the birth of their twins. The episode also contains flashbacks to when Jack took a young Kevin to football camp and to Jack's youth as a baseball player and his father's attendance at all his games.

After his twins are born, Kevin lives in the garage to be closer to his twins and their Mom.  He finally sacrifices a lot for others. Ultimately, he realizes that he can be a great Dad, find his own happy place and marry the love of his life, again.

Neither Jack nor Kevin can ever escape the shadow and influence of their fathers, for better or worse. Yet, while Jack tries to be as unlike his dad as possible, Kevin believes that his father was perfect, and desperately wants to live up to the ideal version of the Jack he's cultivated in his mind.

The dads on ‘This Is Us’ highlight that fatherhood is an imperfectly, perfect journey. These men wrestle with their pasts, relationships, and uncertainty.  Yet, the men stay committed to their kids and continually come up higher. They are guides and leaders who show the way for their children to go and to grow.  These men continually evolve and try their best to connect with their kids and to be good husbands. They put a lot of time, energy and focus on being good dads.

Fatherhood is a challenging and heart opening experience.  Good Dads are indeed heroes. Being a dad means being an influential leader.

Thank you to each father who invests time, energy, and funds into their children and their family.  For the Dad who does the right things in front of little people’s eyes, we applaud you!  You, Dad, are an influential leader and the most eternal role you’ll ever have is ‘Father’.

As a parent, you leave a piece of your mind, spirit and body in your child and that piece will be carried on in their heart, forever.

Thanks for your donation!
Get in touch.
Email: loveboxfoundation@gmail.com
anytime.